Groupe Bruxelles Lambert (“GBL”) says it has signed a final agreement to acquire a majority stake in Canyon Bicycles. Canyon is a leading and high-growth German manufacturer of high-quality conventional and electric bicycles with global reach, selling almost exclusively online, directly to the consumer. 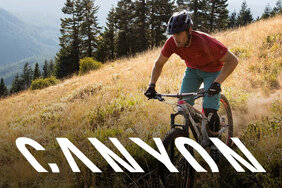 Bloomberg had already reported in October that the transaction would be accompanied by the investment bank Robert W. Baird & Co. According to insider information, international private equity giants such as Carlyle and KKR were also interested in the company. In the end, however, GBL won the bid for the takeover. GBL has been known in Germany as a significant shareholder of Adidas with a seven per cent stake. Reuters news agency and several media report that the transaction valued Canyon Bicycles at Euro 800 million including debt.

Along with GBL the former Senior Vice President of the iPod Division at Apple, Tony Fadell, will also invest in Canyon and become a member of the Advisory Board. Fadell was involved in the development of the iPod and iPhone. After selling his predecessor company Nest Labs to Google, he is now working with his consulting and investment firm Future Shapes to bring technology out of the lab and into everyday life in cooperation with engineers, scientists and entrepreneurs. He will now also support Canyon's management in driving the company's growth.

In 2016, the U.S. private equity investor TSG Consumer Partners had taken a minority stake of 40 percent in Canyon Bicycles and since then has supported the company's entry into the U.S. market. As part of the takeover, TSG will sell all of its shares.

Canyon founder Roman Arnold will remain Chairman of the Advisory Board and reportedly reduce his stake to around 40 per cent. Along with GBL, he will reinvest a substantial part of the proceeds in order to jointly further expand the company's leading position. In particular, Arnold will contribute to the continuation of the successful product development as well as the further development of customer services and sustainable mobility concepts.

Under the leadership of its CEO Armin Landgraf, the experienced team is to further expand Canyon's position as one of the world's leading bicycle companies. The company has been able to increase its turnover by an average of 25 per cent annually over the last seven years. In the past three years alone, its revenues have doubled to over 400 million euros.

Ian Gallienne, CEO of GBL, commented on the transaction: “Canyon is an excellent addition to GBL's existing portfolio and increases our commitment to secular trends such as sustainable mobility, health and digitalisation.” According to Roman Arnold, GBL's long-term focus, among other things, was impressive and thus likely contributed to the successful completion of the acquisition.

The transaction is expected to close in the first quarter of 2021 after all necessary regulatory approvals have been obtained.