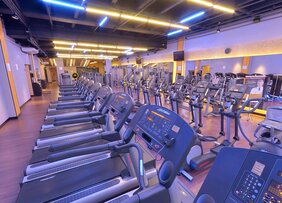 SmartFit is the largest fitness club operator in Latin America and fifth largest globally in members, with 981 clubs and 2.4 million members in Brazil and 12 other countries as of June 2021. In addition to physical clubs, the company is also the leader in digital products for wellness in Latin America, with more than 500,000 paying members via its mobile applications.