The Gym Group plc, the nationwide operator of 187 low cost 24/7, no contract gyms, announced the successful completion of the placing of a total of 11,350,000 new ordinary shares of 0.01p each in the capital of the Company at a price of 275 pence per Placing Share. The Placing raised gross proceeds of approximately £31.2 million. The Placing Price represents a discount of 3.5 per cent to the closing share price of 285 pence on 1 July 2021. The Placing Shares being issued represent approximately 6.8 per cent of the existing issued ordinary share capital of the Company prior to the Placing. 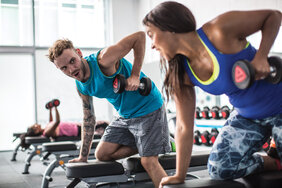 Richard Darwin, CEO of The Gym Group, commented: ”Our new gym pipeline is the strongest it has ever been and we thank shareholders for their support in today’s successful placing which allows the Company to accelerate its rollout to 40 new sites over the next 18 months. Gyms have an essential role to play in the nation’s physical and mental health and growing our portfolio will widen access to affordable fitness for more communities across the UK.”

The Gym Group thereby is another publicly listed company that successfully raised fresh money in recent times. Only a few weeks earlier its Dutch counterpart BasicFit, realised an offering of EURm 303.7 in principal amount of senior unsecured convertible bonds. The net proceeds should be also used there to provide BasicFit with the financial flexibility to accelerate the execution of its growth strategy.