According to information from Sky News several investment firms, for example CCMP Capital and Bain Capital, are interested in participating in the fitness discounters Pure Gym and The Gym Group, being two of the fastest growing fitness chains in the UK. A possible merger would create a 350 million euros heavy fitness empire with almost 300,000 members. For David Lloyd Leisure, there are seen four potential investors. 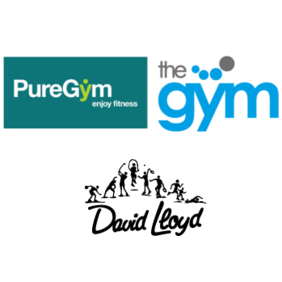 Financially supported by the private equity firm Magneta, which belongs to the New Look founder Tom Singh, Pure Gym strives with the opening of 30 new studios for a radical expansion in 2013. The company has realized a revenue of  about 9.0 million pounds (approximately 10.6 million euros) alone in the first two months of the year 2013 , which means an increase in sales of GBP 3.7 million or 70 % compared to the same period last year .

Founded in 2008, The Gym Group, which has been funded since its foundation with approximately GBP 17.5 million from the private equity firm Bridges Ventures, currently manages 38 studios in the UK, according to management information. After 20 new clubs in the first three years, The Gym Group aims also to continue to grow rapidly with the help of an investment company.

As a common model of success and distinctiveness of the two fitness discounters in addition to the low prices, mainly the absence of minimum contract periods has to be mentioned. In order to achieve further growth, both companies seek to acquire additional capital, but are not formally for sale. To this end, The Gym Group has already brought financial adviser McQueen in the boat.

Currently under discussion is the fitness chain David Lloyd Leisure and its further expanding, which is led by its CEO Scott Lloyd, the son of the founder. The potential additional bidders for David Lloyd Leisure probably also include the private equity firms Advent International Corporation and Apax Partners LLP. Previously only KSL Capital Partners LLC and Blackstone Group LP were traded as a bidder.

The first offers will be received this week. According to reports, the fitness chain will be valued with around 900 million pounds (EUR 1.1 billion). However, there are market experts who consider the price to be unreasonably high.

David Lloyd Leisure manages 80 clubs in the United Kingdom and 10 other locations in Europe with approximately 450,000 members and 6,000 employees.