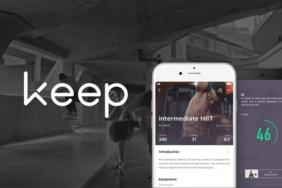 The app offers its users both digital training content and training plans as well as a social fitness network. In addition to the membership fees of what it claims are 10 million paying members, the company also generates money from the sale of fitness equipment, clothing, snacks and smart bracelets. In 2019, it unveiled a stationary bike that, like Peloton's devices, connects to the internet and pairs with workout content.

Led by SoftBank Group's Vision Fund, this is the eighth round of funding for Keep. Furthermore, Hillhouse Capital and Coatue Management participated in the round, alongside existing investors GGV Capital, Tencent Holdings, 5Y Capital, Bertelsmann Asia Investments and Jeneration Capital. It was only in the summer of 2020 that Keep had received USD 80 million in its previous funding round. In the fitness market, SoftBank's Vision Fund is already involved in the fitness aggregator Gympass. According to information from SoftBank, an IPO of Keep is currently not planned.

The company was founded at the end of 2014 and was able to grow to 100 million registered users by 2017. According to the company, it currently has a total of 300 million users. Since 2018, Keep has also introduced other languages. In addition to Chinese, 12 languages from all regions of the world are now available, including a German version. Moreover, there is a yoga version of the app. In China, the company opened eleven fitness clubs under the Keepland brand to be physically present as well.