Leading players join forces to bring consumers and businesses together. 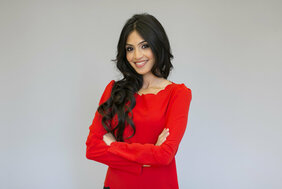 ClassPass announces its acquisition of San Francisco-based fitmob. This acquisition will create one of the world's largest network of botique studios and gyms available to consumers for a fixed monthly price. As part of the deal, fitmob's co-founders Raj Kapoor and Paul Twohey along with other fitmob team members will be joining ClassPass to support key initiatives out of San Francisco.

Founded in June 2013 by Payal Kadakia and Mary Biggins in New York City, ClassPass is one of the world's largest networks of fitness studios, helping people work out across 34 cities in the United States, Canada and the United Kingdom. To date, ClassPass has fostered over 4,000,000 class reservations at over 4,000 partner studios and gyms. Combining its partner offerings with fitmob and its trainer-led community classes give users access to thousands of fitness providers, creating an opportunity for studios, gym owners and trainers to market their businesses to an engaged and active consumer base.

The boutique fitness studio trend that started with Pilates and yoga has exploded in the past few years. With this deal, these independent gyms, studios and trainers have one platform they can use to promote their offering and fill classes, in order to generate incremental revenue. For consumers, ClassPass enables them to book workouts with a fixed monthly subscription, eliminating the hassle and cost associated with booking classes at several studios or having multiple gym memberships.

"We're excited to welcome the fitmob community into the ClassPass family to create the best and broadest fitness network for our members and the largest global fitness community for our partners," said Payal Kadakia, ClassPass co-founder and CEO. "ClassPass and fitmob share a common goal of motivating people to live an active lifestyle and we're glad to be joining forces to help realize that mission."

fitmob was launched by Raj Kapoor and Paul Twohey in January of 2014, when they saw an opportunity to better connect fitness enthusiasts with independent trainers in their area through a mobile app and later added gyms and studios.