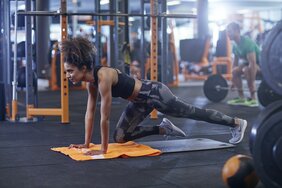 Rene Moos, CEO Basic-Fit said: "We had a very successful 2017. We increased the number of clubs, members, revenue and EBITDA by at least 24%. We added 102 clubs to our network, taking the total to 521 clubs. Passing the 500-club mark was a historical moment for Basic-Fit and reconfirmed our position as the leading and fastest growing fitness chain in Europe.

In 2017, we continued to invest in innovations to make fitness available to everyone, everywhere and in every way possible. It is our mission to make fitness accessible to all people across Europe. The launch of our new virtual group classes platform, GXR, is making it even easier for people to exercise and have fun both inside and outside our clubs and it helps us in our aim to reach as many as five million people with our fitness offering by 2025.

The club openings pipeline continues to grow and be well-filled. Particularly thanks to France, where we believe we have the opportunity to open at least 600 clubs. At the end of the year we had 31 clubs under construction and we are confident to open around 100 clubs in 2018."