The German sports and fitness platform Urban Sports Club and its Dutch counterpart OneFit have signed agreements to merge, in order to strengthen their leading position in Europe. The transaction, which is anticipated to take effect later this month, is expected to enable both companies to expand their offering for both residential and corporate clients. 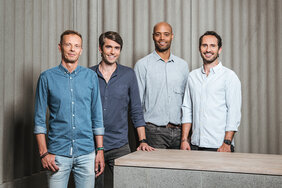 Both companies' flexible sports flat rates provide access to their networks of more than 10,000 partner locations. Members can discover new partners, sign up for courses, and exercise in studios by checking in with their mobile apps. The German and Spanish teams and offers will in future be merged and operated under the brand Urban Sports Club. In the Netherlands, OneFit will continue to operate under its brand. The joint partner network of Urban Sports Club and OneFit will comprise 62 cities in Germany, France, Italy, Spain, the Netherlands and Portugal.

“We welcome OneFit in the Urban Sports Club family. They have proven to be at the forefront in our industry, and this merger will result in an even better product and larger affiliate network for our members. With OneFit, we have the perfect ally to bring our flexible sports flat rate to new markets. I am delighted that our team will continue to grow and become even more international”, said Moritz Kreppel, co-founder and CEO of Urban Sports Club.

Serge Brabander, CEO of OneFit: “We started with one euro and a good idea. It is very special for us that together with Urban Sports Club we have become a serious player in the fitness landscape. Our companies have a similar DNA: We are agile European companies led by our own founders, with the common goal of conquering the world. Together, we will create an ever-increasing movement of people who enjoy a healthy and active lifestyle.”

The founders of Urban Sports Club, Benjamin Roth and Moritz Kreppel, will continue to serve as joint CEOs of Urban Sports Club. OneFit founders Camille Richardson and Serge Brabander also stay on board, taking on new leadership positions in the group. The merged entity is backed by some of Europe's leading venture capital firms such as Holtzbrinck Ventures, Partech, Rocket Internet and INKEF Capital.